Make the Outdoors Your Great Escape!

York County is full of beautiful outdoor scenery for you to make your great escape! Grab a bike or some sneakers and stretch your legs and horizons on one of our many trails.

Established in 1992 and covering 176 acres, the Heritage Rail Trail is nearly 30 miles of pure freedom. Stretching from the Mason-Dixon line north to John C. Rudy County Park, the rail trail will take you through both countryside and urban areas. On weekends you might even ride alongside the historic trains of the Northern Central Railway.

Speaking of history, there are a number of historical sites to explore along the rail trail. Hanover Junction offers an abundance of Civil War history. President Lincoln visited the station on his way to and from Gettysburg to deliver the Gettysburg Address, and, in April 1865, Lincoln's funeral train passed through Hanover Junction. A museum is open on the station's first floor.

The New Freedom Train Station is listed on the National Register of Historic Places and now serves as a railroad museum that has been restored to its 1935 grandeur.

The Colonial Courthouse in the Historically Edgy City of York was home to the second continental congress. This reconstructed piece of history highlights the story of our founding fathers as they worked out of York during the winter of 1777-1778 and adopted the Articles of Confederation.

Just south of the courthouse is the Howard Tunnel, the oldest continuously operating railroad tunnel in the world! The brick-lined, 370-foot tunnel originally opened for traffic in 1883.

Named Pennsylvania's Trail of the Year in 2015, the Heritage Rail Trail is popular for biking, hiking, walking, jogging and horseback riding.

You can find more information and inspiration for planning your great escape in this brochure and trail map. Make sure you check out this great video featuring highlights of the rail trail. 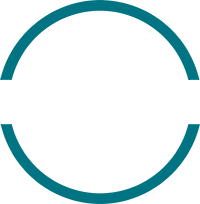