York County is in the Green Phase of Reopening

York County is in the Green Phase of Reopening

During this phase, businesses are generally reopening, but may be operating under limited staff/hours, or with capacity restrictions. To learn more about these reopening guidelines and what there is to see and do in York County during the Green Phase, check out our blog or sign up for our Getaway Guide e-newsletter.

3 things to do in York County this weekend 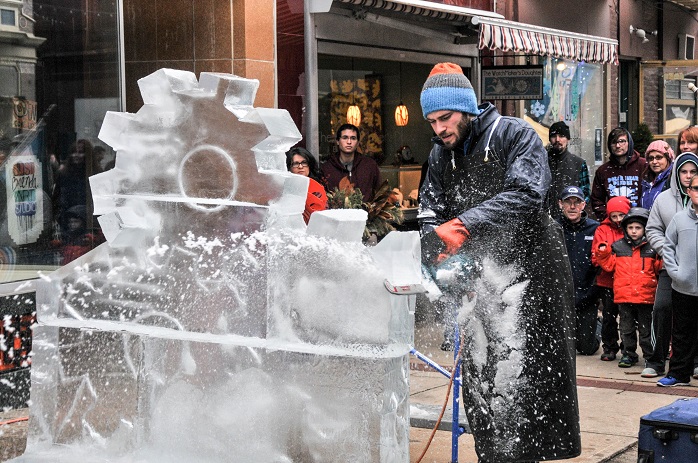 Don't fear the cold this weekend.

FestivICE presented by York Traditions Bank returns with thousands of pounds of icy fun for the whole family.

That's just one way to spend your weekend in York. Other less frigid options include rounding up the kids to see Daniel Tiger live and the chance to enjoy an Irish-American super group perform.

Have a Grr-ific night with the kids on Friday while enjoying the Daniel Tiger's Neighborhood Live show at the Strand Capitol Performing Arts Center. The show brings to life the world from the hit TV show while conjuring memories of "Mister Rogers" as Daniel Tiger and his friends fill the audience with glee.

Embrace the cold this Saturday at FestivICE. The winter ice festival comes to Downtown York this weekend and brings with it 18,000 pounds of interactive ice. The chilly entertainment includes live ice sculptures, music and fire pits for roasting marshmallows. Plus, you might even run into the Yeti!

The Susquehanna Folk Music Society is bringing the Irish-American super group Pride of New York to town on Sunday for a 7:30 p.m. concert at the Unitarian Universalist Congregation of York. The group features four New York musicians considered among the best-known players on this side of the pond. Standard admission is $27; students are $10.

We're Explore York, the Official Tourist Promotion Agency for York County, PA! We're happy to help you plan your getaway to York County. Stop in one of our Visitor Information Centers and talk with one of our travel counselors or call 1-888-858-YORK.